Skip to content
Posted on November 3, 2018October 16, 2022 by Msgr. Bernard John Quinn Guild :: Cause for Canonization 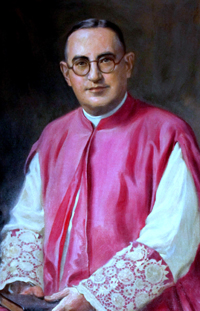 Monsignor Bernard J. Quinn known to many as “Father Quinn”

“Long years from now, hand down to your children this message from a heart that is on fire with love for you”

“Monsignor Bernard Quinn was a champion for Black Catholics and faced down the KKK during the early 20th century. Now, the Brooklyn priest is getting attention from the Vatican and could become a saint.” 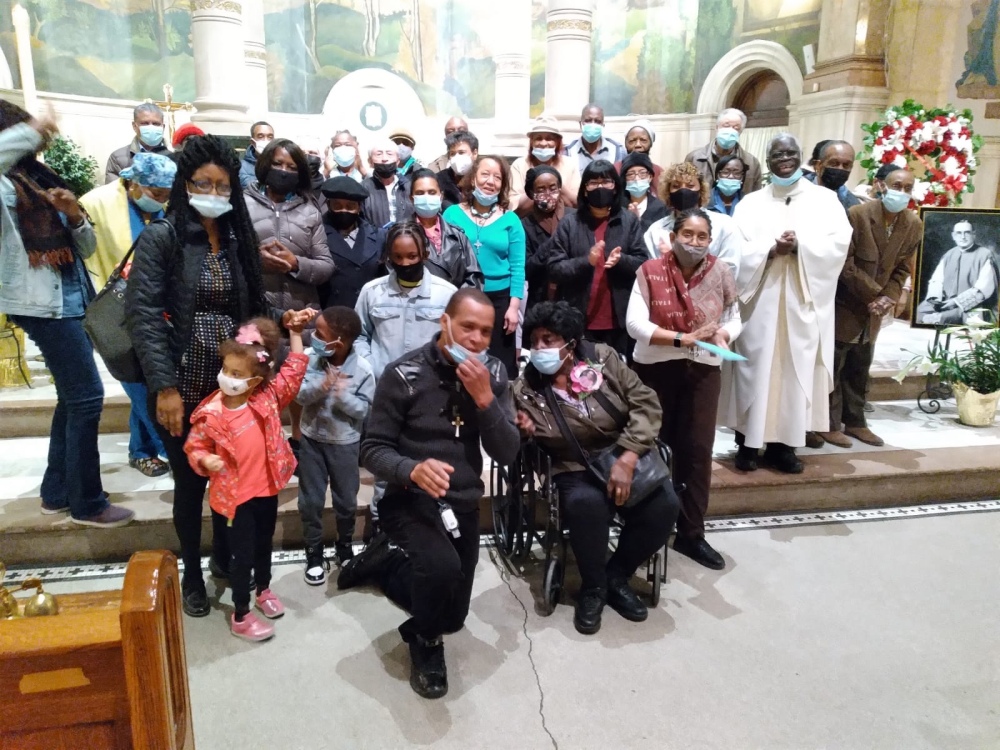 THE 81ST MEMORIAL MASS OBSERVING THE DEATH OF THE SERVANT OF GOD, FATHER BERNARD J. QUINN, TOOK PLACE IN THE EVENING OF APRIL 7TH, 2021, IN ST. FRANCIS OF ASSISI CHURCH, BROOKLYN NY.

PHOTO SHOWS SOME OF THE PEOPLE ATTENDING THE MASS WHO REMAINED AFTERWARDS FOR A GROUP PHOTO.

THE MASS WAS TRULY A BLESSING TO ALL, AS TWO PERSONS REPORTED THE INTERCESSION OF FR. QUINN FROM ATTENDING IT.

Bernard Quinn was born in Newark on January 15, 1888 on the same day that Pope Leo XIII canonized Peter Claver. (Martin Luther King, Jr. was born on that same day 41 years later.) As a newly ordained priest, he recognized that African American Catholics were neglected in the Diocese and he approached the late Bishop of Brooklyn, the Most Reverend Charles Edward McDonnell, with his idea of starting an “apostolate to Blacks”. The Bishop refused his request; at the time, the United States was engaged in the First World War and the Bishop’s primary objective was to identify priests willing to serve as Chaplains in the Army. Father Quinn immediately volunteered and landed in France, shortly after his arrival the war concluded but Father Quinn stayed on to minister to the wounded.

Upon his return from France, Fr. Quinn was granted permission to begin his apostolate to black Catholics. In 1922, Fr. Bernard Quinn bought what was formerly a protestant church; the building was blessed and dedicated to St. Peter Claver on February 26, 1922.

The zealous priest would later go on to found Little Flower Children Services, to care for the increasing number of black children orphaned as a result of the Great Depression. Situated in Wading River, Long Island, Fr. Quinn and his collaborators heroically opposed the Ku Klux Klan who in two separate attacks had burned the orphanage to the ground.

Monsignor Bernard Quinn died on April 7, 1940 at the age of 52. He was buried from St. Peter Claver Church, where eight thousand people attended his funeral.

On Thursday, June 24, 2010 at the Church of St. Peter Claver, Brooklyn Bishop Nicholas DiMarzio officially opened the Canonical inquiry into the Cause of Canonization of Msgr. Bernard J. Quinn.

Bishop Nicholas DiMarzio, reflecting on the occasion, remarked “Almighty God blessed the Diocese of Brooklyn by sending Father Quinn to minister among us. That ministry did not end upon his death but has continued to grow and take root in the hearts and souls of the faithful and clergy of this church in New York, which has continually ministered to the poor and oppressed. I am delighted to be given the privilege to preside at the opening of the cause of Canonization for this priest who was a courageous and tireless proponent of the equality of all people.”

“As I was recovering from heart surgery last year” said Bishop Nicholas DiMarzio, “Father Quinn seemed particularly present to me in prayer. I drew strength from his courage and resolved to redouble my efforts to participate in promoting his cause as a sign of the need for holy priests.”

Published by Msgr. Bernard John Quinn Guild :: Cause for Canonization